CSA BLOG...
thoughts and reflections from the CSA Faculty

Don't pile them up 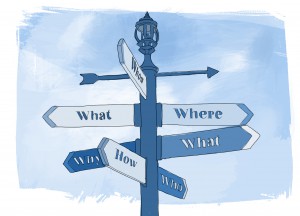 I was honored to witness such great coaching before my very eyes.

The coachee had just shared a gripping story about how he had been treated in the last Management Team meeting. He had recently officially joined this prestigious group after a stint as an interim manager, and he wanted to step fully into his new role.

The coach asked, “What do you notice in yourself, now that your position has shifted from ‘temporary’ to ‘permanent’”?

The coachee confessed that he didn’t feel like he belonged yet, and that he harbored  feelings of not being ‘good enough’. Granted, he was the youngest member by about 10 years; but nine months of stellar performance, while replacing his boss who was on sick leave, had been noticed. When his boss finally decided to leave the company, this coachee was the obvious successor.

The coach asked, “Have you ever experienced similar feelings in the past? And, if so, what is similar and different between that experience and this one? And what did you do about it then?”

This is called ‘question stacking’ – asking several questions in a row. I see it happening all the time! Usually what is going on is that the coach’s mind is racing, thinking of one great question after another. In order to make sure none ‘get lost’, the coach says them all in one go. The result is that the coachee isn’t sure which question to answer (and can’t remember the questions for very long), so they say something, and the other questions are lost.

Here are some more real examples:

Beginning of session: “How are you doing? What would you like to achieve today, and how can I best support you?”

Middle of session, making a shift in the conversation: “Can I try another approach to this, and secondly, has this happened with other colleagues, and if so, what did you do about it?”

Middle of session: “When she said that, what were you thinking, and what do you think the others were thinking? And, what happened next?”

What can we as coaches do when our mind is flooding with great questions? We can note them down, and select which to ask first. We might even ask the coachee if we can ‘push the pause button’ for a moment in order to make some notes. When I do this, I usually find the coachee delighted that I am so engaged in the topic that I want to capture thoughts before they disappear.

Some of you might say – I don’t need to write them down, I’ll remember them all. Maybe so, but if remembering them is taking any mind space at all, then your full presence and deep listening will be compromised.

So the next time you find yourself wanting to ask a plethora of questions – push the pause button, make a few notes, and ask one at a time.

With a career in coaching and leadership development that began in the early 1990’s, Julie Johnson is among the most experienced coaches and facilitators in Europe. She has worked with thousands of individuals from over 50 countries across six continents. She teaches leadership at Rotterdam School of Management’s Executive MBA program.