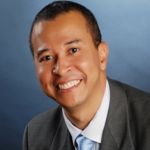 Supporting a movement of and for discovery

José is a supervisor, senior executive coach and facilitator, having worked in the area of leadership for over 17 years. He specializes in team effectiveness and cross-cultural coaching. José has been based in Singapore for over 14 years and had previously lived in Brazil, the US, Germany, Switzerland, and Belgium.
His supervisees and coachees achieve increased awareness of their own mental models which helps them recognize and leverage differences when working with diverse people and teams. They better understand the impact of different styles demonstrated through increased leadership effectiveness and better organizational results.
Clients say that he comes with a wealth of experience, especially in the areas of providing feedback, interpreting organizational dynamics and ensuring self awareness on the impact that we make either knowingly or unknowingly. His questions are stimulating and intellectually challenging. A calm style that gives an assurance to open up and discuss things in transparency.

Jose began his career as a psychotherapist in private practice and psychologist in educational institutions prior to joining the Center for Creative Leadership (CCL) where he stayed until 2010. He is a Professional Certified Coach (PCC) with ICF and became an accredited Coaching Supervisor with CSA in 2014.