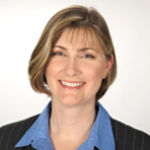 During her award-winning career in the corporate world, Kelly developed a “leadership from the inside-out” philosophy, which included regular reflection and working with an executive coach. Nearly 25 years later, she implemented a long-term dream and earned her own professional coaching credential through the Hudson Institute of Coaching.

Kelly has since coached over 450 senior executive and high-potential leaders from more than 15 countries in over 30 industries, including 100 Best Companies and the Fortune 50. Kelly also mentored dozens of coaches and became a pioneering participant of the first Coaching Supervision Academy course delivered in North America. Kelly now offers supervision services to seasoned coaches worldwide.

Raised in a family transferred every three years by IBM (fondly referred to as “I’ve Been Moved”), clients often comment on her approachable style, and her insightful blend of hands-on senior leadership experience, multi-cultural background, and passion for partnering to achieve sustainable results.