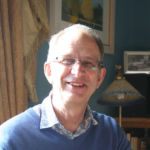 My varied career has included senior leadership and executive roles, moving on in the last 10 years to working with senior executives, boards and leadership teams as an executive coach and organisational development consultant. Alongside this I support other professional coaches as a coach supervisor.

Much of my early career was spent in the finance sector, however, as a coach, mentor and OD consultant I have worked in many sectors including finance, power generation, legal, police, health, local government, high-tech engineering, IT services, education, pharmaceuticals, a professional institute and transport.

I have held a number of senior leadership and board positions in large organisations, including with Norwich Union, Capital One and Eagle Star. Responsibilities included strategic planning, operational planning, cultural and organisational change management, information systems, information security, recruitment at all levels and performance development management.

I was one of the team of three senior managers who created Eagle Star Re, and was subsequently appointed as an executive director responsible for planning and information systems. As part of the Exec team I enabled ES Re to achieve financial success. Following the acquisition of the parent company, Eagle Star, by Zurich Insurance I played a significant role in the successful sale of ES Re to GE Capital.

I bring an ability see the bigger picture, and to enable others to recognise the relevance of their contribution to the strategic aims of their organisation. A natural curiosity has supported me in developing as an Executive Coach and Mentor. In this role, I have worked with both exec and non-exec directors and senior leaders, including Chief Executives and Chairs- both individually and in teams.

In recent assignments, Peter has had exposure to many organisational components of the NHS, and to the complex and radical organisational change in which they are now engaged, a steel manufacturer struggling to survive in adverse economic circumstances, a creative high tech engineering firm seeking to establish ground-breaking green technology and a start-up IT service supplier. He has worked with senior executives taking on significant new roles, leading organisations in highly challenging environments, and others aspiring to accelerate their personal career progress.

Peter is now seeking to find a role as a non-executive director where he can put his skills, career and life experience to effective use.